I want to see clearly, so I wear TALEX lenses 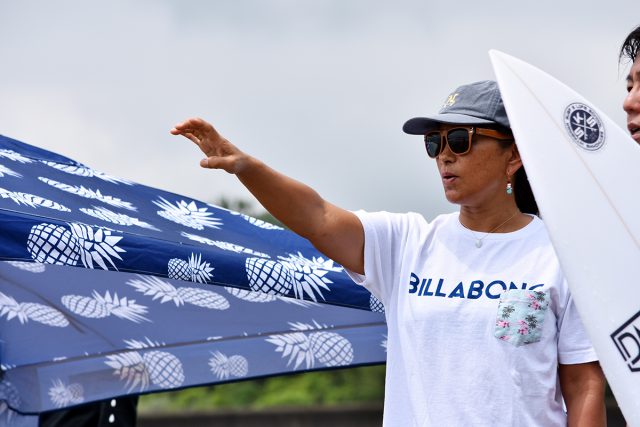 Ever since she was a teenager, Narumi Kitagawa has been fascinated with surfing, where she could connect with nature. In her 20s she competed as as a professional, and she won the Japanese women’s championship in her early 30s. After retiring from her active career, where she competed against the world’s strongest surfers, Kitagawa became a surfing instructor based in Ikumi Beach in Shikoku, Japan, focusing on training young people and teaching seniors how to surf.

Because she is always at the beach, Kitagawa has been wearing sunglasses from a young age. But when she found TALEX lenses, she saw that sunglasses could be so much more than eye protection.

What made you decide that sunglasses are a necessity?

The center of surfing is the beach, where not only can you feel the strong ultraviolet rays on your skin but you can also see the intense light reflected from the sea and sand. It’s more harmful to your eyes than you might imagine. From a young age, I think that my awareness that you have to protect your eyes with sunglasses was stronger than the average person’s. After that, when I started competing overseas, I remember being surprised to see almost everyone—including small children—wearing sunglasses and plenty of sunscreen on the beaches of Australia. That was almost 20 years ago. Since that time, the ozone hole has been a hot topic, and I learned about it in school. Around this time I became scared to walk outside without wearing sunglasses.

How has your impression of sunglasses changed since you started using TALEX lenses?

I’ve been wearing sunglasses since I was young, but the visibility with TALEX lenses is clearer than with any other lens. I was particularly surprised by how easy it is to see the waves. In the past I used a lens that can eliminate reflected light, but the overall impression was that it was dark and unclear. All TALEX lenses look a lot brighter and clearer, yet the glare is well suppressed so your eyes don’t get tired even if wear the sunglasses for a long time.

As an instructor, I want to understand my students’ movements as much as possible in order to give accurate guidance. I have to be able to see their stance, but, of course, my students are not the only surfers in the ocean. While watching a lot of surfers with similar silhouettes, I want to identify my student. Once I started using TALEX lenses, it became easier to identify students by being able to see a slight difference in silhouettes. This is a big advantage for me.

The skill of riding the waves is important, but it is also very important to cultivate the feeling of quickly detecting good waves and catching them in the best position. Being able to provide clear instruction in any given environment has led to students’ further growth.

You use different lens colors in different scenarios, right?

I used to think it’s not important to choose a lens for sunglasses. I thought that the brown frame had to have a brown lens. I never realized that the color of the lens changes what you see. After using dark gray and bright yellow-green TALEX lenses, for example, I realized that the lens color should be changed according to the amount of light.

For example, early morning on a cloudy or rainy day, it’s dim overall, isn’t it? But it’s bright when you’re trying to watch waves and surfers in the ocean. If you use dark lenses, it’s difficult to identify the students. In such a scenario, Ease Green lenses are very useful. I still remember how excited I was when I used them for the first time. Suddenly everything was bright and looked good, but the effect of the sunglasses was still strong.

When I watch videos taken on the beach, the near-transparent Mo’eye Gray bifocal lens works best. It makes it easier to check the monitor and then look down to write in my notebook. The more I know about TALEX lenses, the more I want to tell people about them.

Do you have any advice for other female surfers?

I’ve heard of many surfers needing eye surgery after years of being outside every day. And I really feel that being on the water can hurt my eyes. It’s true that everyone needs sunglasses for function, not just fashion. Also, if you put up with the glare and squint, you will get wrinkles at the corners of your eyes and between your eyebrows, which is something women really care about.

I also hear surfers say, “I don’t know how to choose sunglasses that suit me,” and, “Even if people say it suits me, I feel a little embarrassed wearing them.” There seems to be a few reasons why female surfers feel they can’t wear them. But thinking about your eye health, sunglasses should be considered a necessity. Especially today. 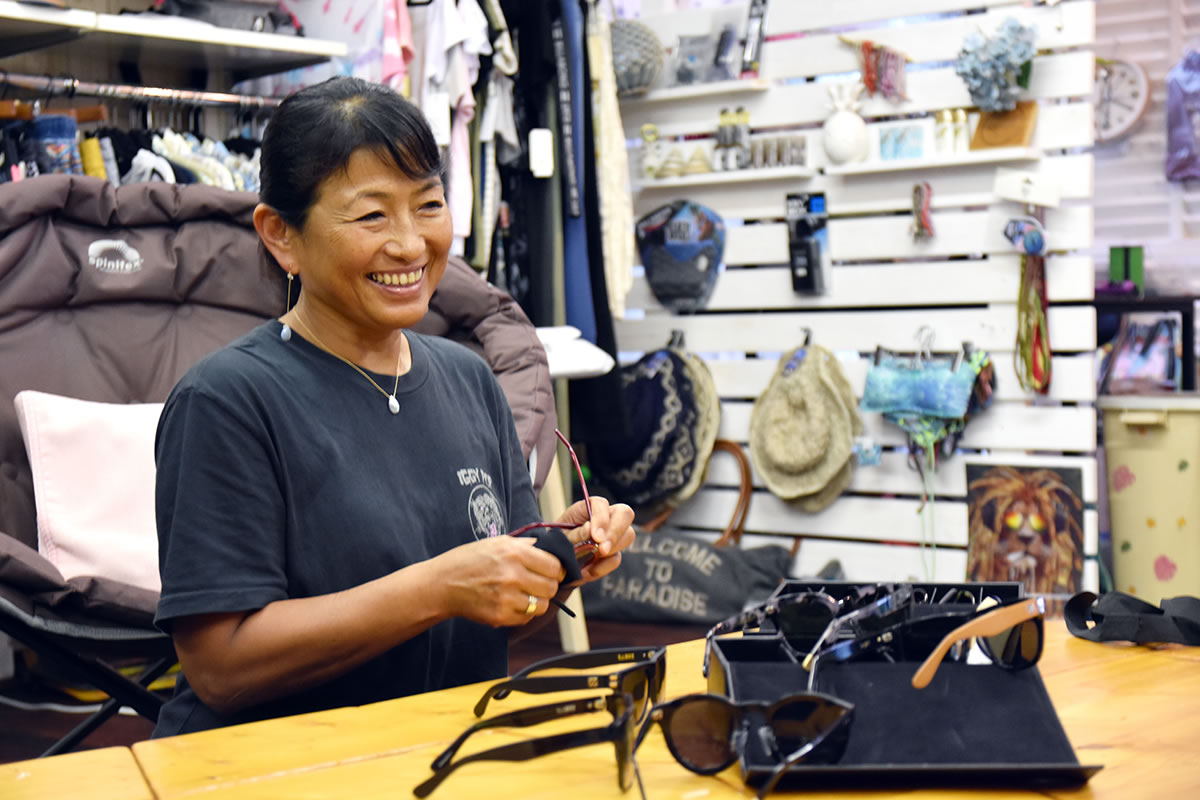 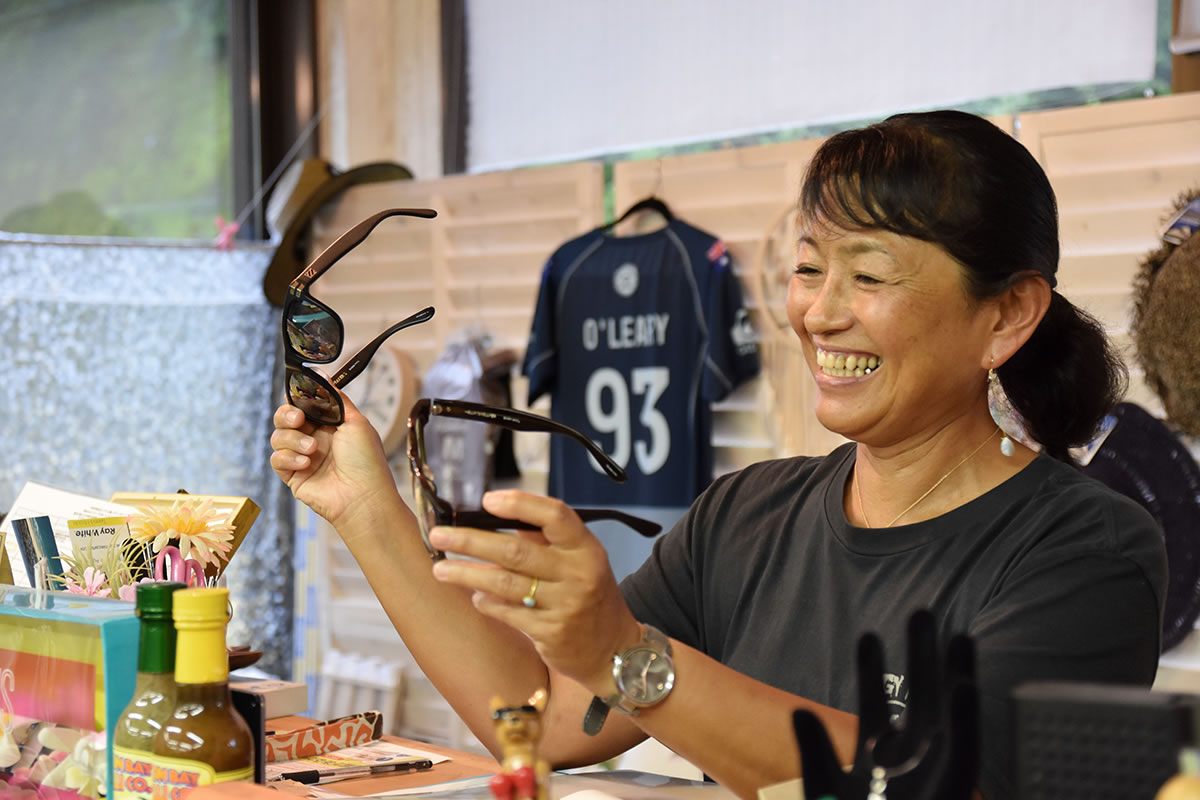 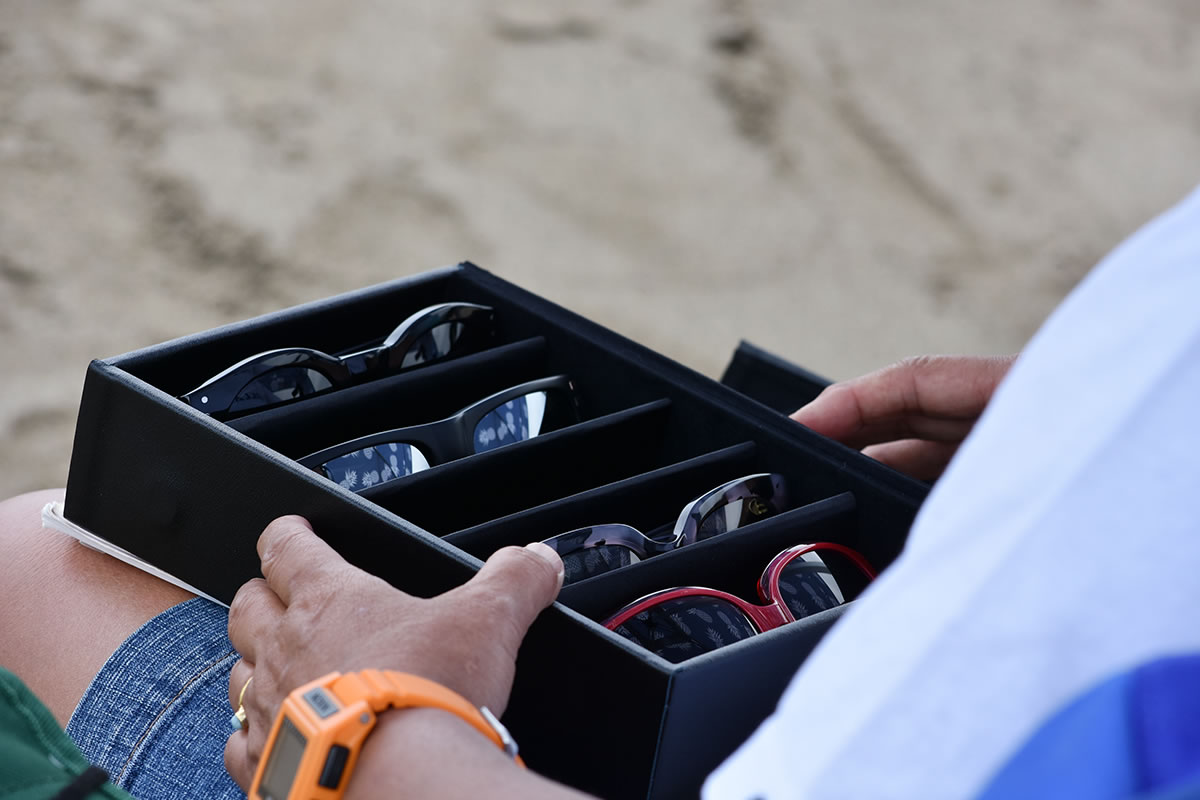 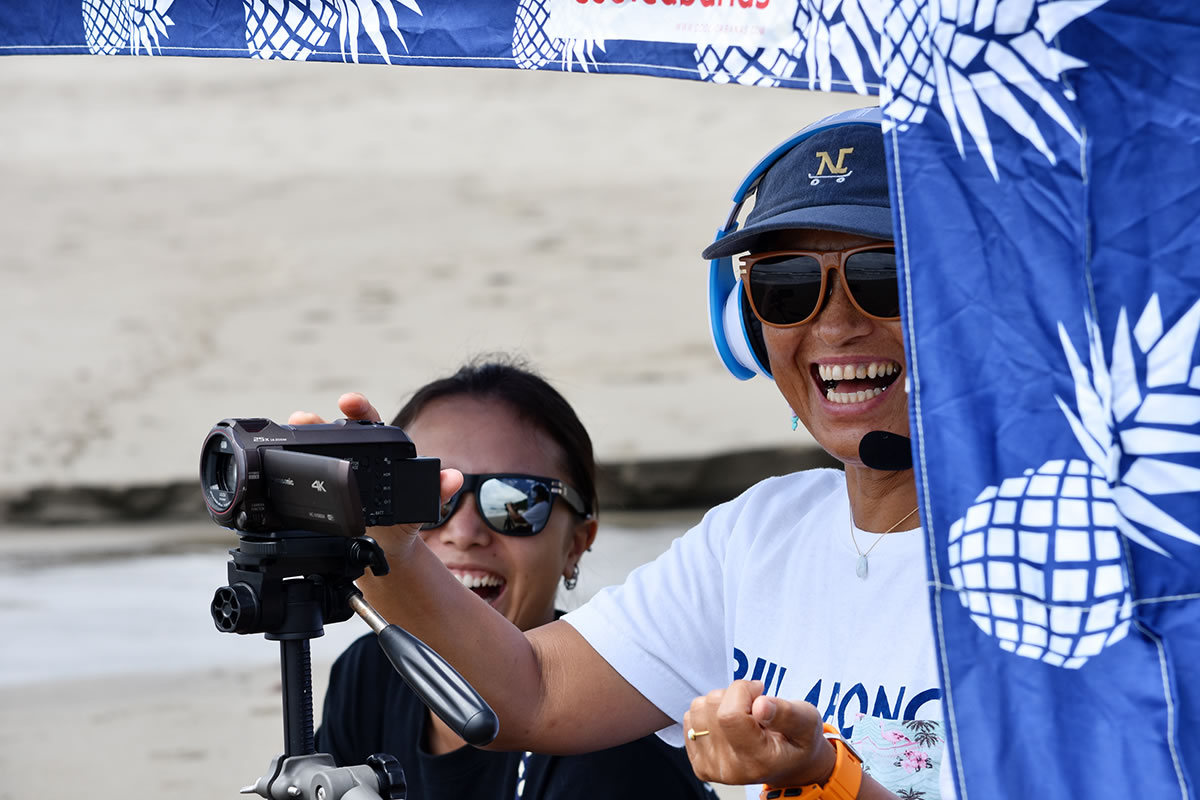 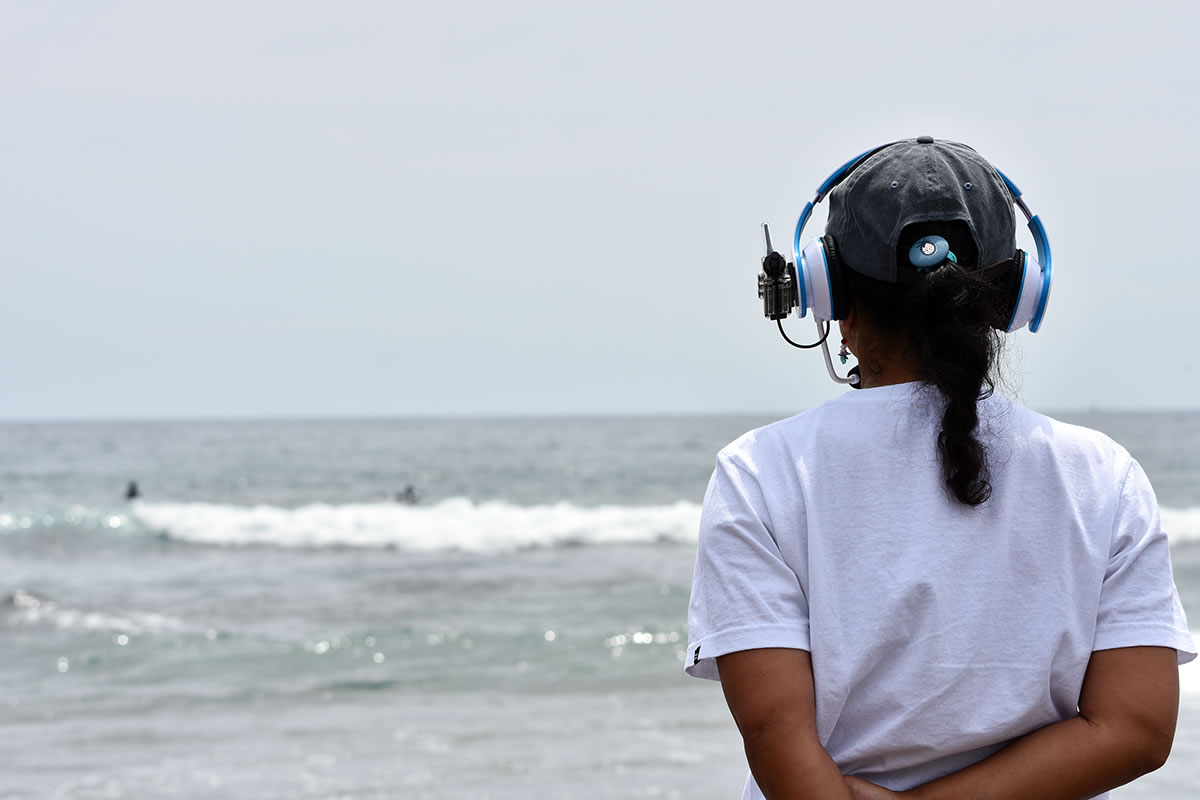 Are TALEX lenses effective for cataracts...

In a joint clinical trial, TALEX and Kanazawa Medical Univer...

The only way to improve your golf score is to practice, but ...

The Must-Have Polarized Lenses for Profe...

Done operators look up into the sky for a living. The right ...

“We put our soul into our craft.”